Texas Insurance Drivers: Visit www.insuredirect.com or call Toll-Free (800) 807-0762 to receive an Auto Insurance Quote for you and your family. We represent over 30 insurance providers across the country and offer low rates and instant coverage. 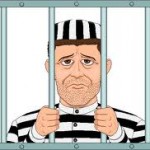 Post Date December 2, 2013 – Yes, although very scary – you have read it right. Driving Under Influence or DUI in Texas could get you a life sentence in jail.  A driver can be cited for DUI in Texas if his or her blood alcohol concentration will reach the .08 level, or if he or she is impaired due to drug use.

DUI in Texas will cost you dearly

The statement made above is regarding a 44-year old woman who was caught and convicted of her 6th DUI in Texas. The woman identified as Rose Ann Davidson was recently sentenced by a Texas Jury.  She will be spending the rest of her life in a Texas prison after being convicted for her sixth DUI in Texas.  Davidson was last arrested while driving on Interstate 35 in July 2012.   She was pulled over by a Texas Department of Public Safety Police Officer when he observed her driving erratically.  The State police officer said that when he pulled Davidson over, there was an open container of beer in the vehicle.

Davidson’s prior convictions for DUI in Texas can be recorded back  to her first in 1996. She has also  previously been served to prison time for her previous DUI in Texas convictions. In Texas, getting caught with an opened container of Alcohol can earn you a fine up to $500.

If you are stopped by a Texas Police Officer and convicted for the first time to have been driving under the influence,  you will received a hefty fine of $2,000.  Depending on your involvement, you can also be sentenced to time in jail.  In addition to your DUI in Texas, you will lose your driver’s license for a minimum of 180 days.

Additional offenses will mean a fine of $10,000, up to ten years in prison and suspension of driving privilege for two years. You will also need to pay an annual fee of a thousand dollars per year for three years when your Texas Drivers License is returned.  Of course the fines, suspensions and jail time have nothing to do with your Texas auto insurance. Depending on the severity of the DUI incident,  a driver’s auto insurance premiums will increase dramatically. There is a big difference between being stopped for a DU in Texas and being involved in an accident along with a DUI in Texas. In either situation, you are considered as a high risk driver. Where you can purchase auto insurance, be prepared to pay a very high rate.  Although mostly all Texas Auto Insurance Carriers charge very high rates to those drivers with a DUI,  InsureDirect.com offers the lowest rates for a DUI in Texas.

Post Date May 6, 2013 – A Chiropractor and an owner of  a  chiropractic clinic in Bryan, Texas admitted to conspiracy after defrauding several Texas Auto Insurance Companies for  nearly 4 million dollars.  The owner, Marion Young, 42 years old, of the now out of business “Private Chiropractic Care”. Young admitted that for two years,… END_OF_DOCUMENT_TOKEN_TO_BE_REPLACED

Post Date November 13, 2013 – Driving speeds of 85 to 100 miles per hours on america’s highways is nothing new. I remember when I was in the United States Air Force stationed in San Antonio, my friends and I would would drive to Mexico at least twice a month.  The speed limit on the… END_OF_DOCUMENT_TOKEN_TO_BE_REPLACED

Post Date September 15, 2012 – A Federal Court Judge ordered a Texas Insurance Company to pay for the major clean-up from a tarry type material one of their client spilled all over the Pennsylvania Turnpike in 2011.  A claim of such magnitude of such a claim will cause the truck insurance rates of any… END_OF_DOCUMENT_TOKEN_TO_BE_REPLACED

Post Date September 1, 2012 – Texas auto insurance is required for drivers in The Lone Star state.  Texas requires drivers to shift or defray the costs of a drivers at fault auto accident liability which he/she or their owned vehicles can cause.  Texas drivers are required to maintain Proof of Financial Responsibility which can… END_OF_DOCUMENT_TOKEN_TO_BE_REPLACED

Monday’s Post 1.2.12 – Auto Insurance and Homeowners Insurance carriers have started to non-renew the polices for policy holders whom refuse to bundle their insurance products such as homeowners insurance and car insurance coverage.  This change means carriers are not non-renewing consumers based solely on the real losses suffered by many of their policyholders in the year.  A leading insurance  and economics expert outlined the… END_OF_DOCUMENT_TOKEN_TO_BE_REPLACED

Saturday’s Post 12/3/11 –  Today’s Post is involves an issue which I experienced personally. The US Supreme Court recently ruled an auto insurance carrier is now required by law to pay for any damage to rental cars even though a driver is not authorized by the rental contract. The majority carried the day during the hearing. The bone of contention is… END_OF_DOCUMENT_TOKEN_TO_BE_REPLACED