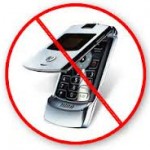 Post Date March 4, 2013 – PA Police officers who are tasked to enforce a new law prohibiting Pennsylvania drivers from texting while diving or using their cellphones while having their hands on the steering wheel expressed difficulty in implementing such law. Texting while driving was imposed in the state of Pennsylvania just a few months ago. Sadly, only a few months after the new law was enacted and police started enforcing it,  the police were just able to write less than 800 citations – statewide.

Texting while driving has a big cost