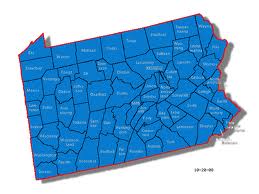 a bid to get public opinion on health insurance exchanges. Different locations have been set across the state where the forums will take place. The first one slated for Aug 9 at the Doubletree Hotel Pittsburgh Monroeville Convention Center in downtown Monroeville, Pa. This will be followed by another forum on Aug. 11 at the Crowne Plaza Liberty Convention Center in King of Prussia, Pa. the culmination of these crucial discussions on public health exchanges will see the third forum being held on August, 23rd at the Sheraton Harrisburg Hershey in Harrisburg, Pa. The three forums have been scheduled to run during the day starting from 9am to 3pm each day to give as many people as possible an opportunity to attend and put their ideas across to state officials. Registration will start at 8:30am.

One of the issues that will be on top of the discussion is whether the exchange requires state level regulation or should be regulated by the Department of Health ad Human Services. The latter option had been proposed by a lobbyist working with the Pennsylvania Association of Health Underwriters (PAHU).  Another key thing that is set for discussion is the structure of the exchange, whether it should independent or a sub set of the Pennsylvania Insurance Department. The forums will also address the issues of governance in efforts to look for the most appropriate model for the exchange. According to Philips, there are two options to choose from, the first one being the minimalist model in Utah and the other one going the Massachusetts’ way.

State officials will be banking on comments and research findings from studies in the preparation of a plan to be presented to the Pennsylvania General Assembly. According to Pennsylvania Insurance Commissioner Mike Consedine, states are at liberty to create their own insurance exchanges as stipulated in the federal health care reform. He adds that the PA Insurance Department has stepped up efforts in looking for more productive option for PA health care consumers and those employers which pay for health coverage for their employers.