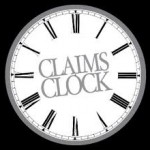 After any natural disaster, both auto insurance and homeowners consumers are faced with a slow-paced claims processes.  Superstorm Sandy has  has been no exception.  It seems like insurance companies never learn from their mistakes.  The new report card system may help.