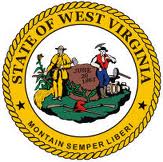 InsureDirect.com is the largest “small-town” agency” on the World Wide Web. Since we started 20 years ago as a small Main Street Insurance Agency, we have not forgotten how to offer small-town customer service. When you call InsureDirect, you will feel at home. If you buy your insurance from us; you will get to know our staff just like your home-town insurance agent. When you call you will think your sitting in a chair across the desk from us in our Office in Lansdale, Pennsylvania.

So back to your first point Mike; what do you mean Statutory Auto Insurance State?  Well; West Virgina like most states in our country require all state residents whom register a car in the State of West Virginia must maintain a minimum amount of auto insurance coverage.  Bottom line; if you want to drive, you need to pay for auto insurance.

It’s an important distinction to understand the car you own and drive is insured and not the driver.  Many people think if they borrow a relative’s or neighbor car, the auto insurance coverage you pay for will cover that car.  If you do borrow a car, it’s your responsibility to make sure the owner is maintaining  at the very least the state minimum before you get behind the wheel.  If you find yourself involved in an auto accident and the vehicle is not insured, both the owner add you as the driver are responsible for any property damage or bodily injury.  If the accident is serious, you could find yourself filing for bankruptcy or having you wages garnished to compensate the injured party.

If you are involved in an at fault accident and fail to provide proof of auto insurance coverage to the police on the scene, your driver’s license and vehicle registration could be suspended for 30 days or more depending on how many times you failed to buy auto insurance or allowed your auto insurance policy to cancel. The typical second offense is 3 months and a 4th is a full year plus major fine. Reinstating your license in  West Virginia will cost you $100 plus a $50 reinstatement fee.

Post Date July 21, 2014 – Although West Virginia is known as The Mountain State, it also holds the distinction of having the highest rate for deer auto collisions. This means that when you are driving the streets and highways of West Virginia,  auto deer collisions are consistently higher than any other state in the United States.

For the last 7 years,  West Virginia holds this distinction based on the data collected on the number of Deer Auto Collisions insurance claims data compiled by State Farm Insurance Company.  Based on the State Farm report, deer-auto collisions in The Mountain State are 1-in-48. Deer Auto Collisions in the rest of the United States is 1-in-183.  What is more surprising is that collision and comprehensive auto insurance claims involving deer-related claims have increased in  the past four years, compared to the other type of claims including weather, fire, vandalism, etc.

Aside from West Virginia, other states have also showed an increase of the rate for chances of deer auto collisions.

A spokesman for State Farm recently stated, “I think it’s interesting that, in the context of those other types of claims, deer claims are increasing”.  The spokesman also said that the trend of lowering accidents does not apply to deer auto collisions.  Aside from West Virginia, other states have also showed an increase of the rate for chances of deer auto collisions. These states are South Dakota, Iowa, Michigan and InsureDirect.com’s home state Pennsylvania.  Although Pennsylvania and Ohio are simular, the state of Ohio’s deer auto collisions dropped by a little over 2% in 2012 over the previous year – 2011. Michigan reported a 4 % drop on its number of deer-auto crashes. The Michigan Deer Crash Coalition had reported earlier that the deer-related crashes have resulted to 1,464 people injured, and eight dead in 2013.

Wednesday’s Post 11/30/11 –   A report recently issued by the Insurance Research Council (IRC) stated that auto and home insurers were able to save $200 million during the first five years after this new law was enforced. This provision was made under the Bad faith Act prohibiting third parties from making further claims in cases where they felt that the… END_OF_DOCUMENT_TOKEN_TO_BE_REPLACED

Visit www.insuredirect.com or call Toll-Free (800) 807-0762 to receive an Auto Insurance Quote for you and your family. END_OF_DOCUMENT_TOKEN_TO_BE_REPLACED